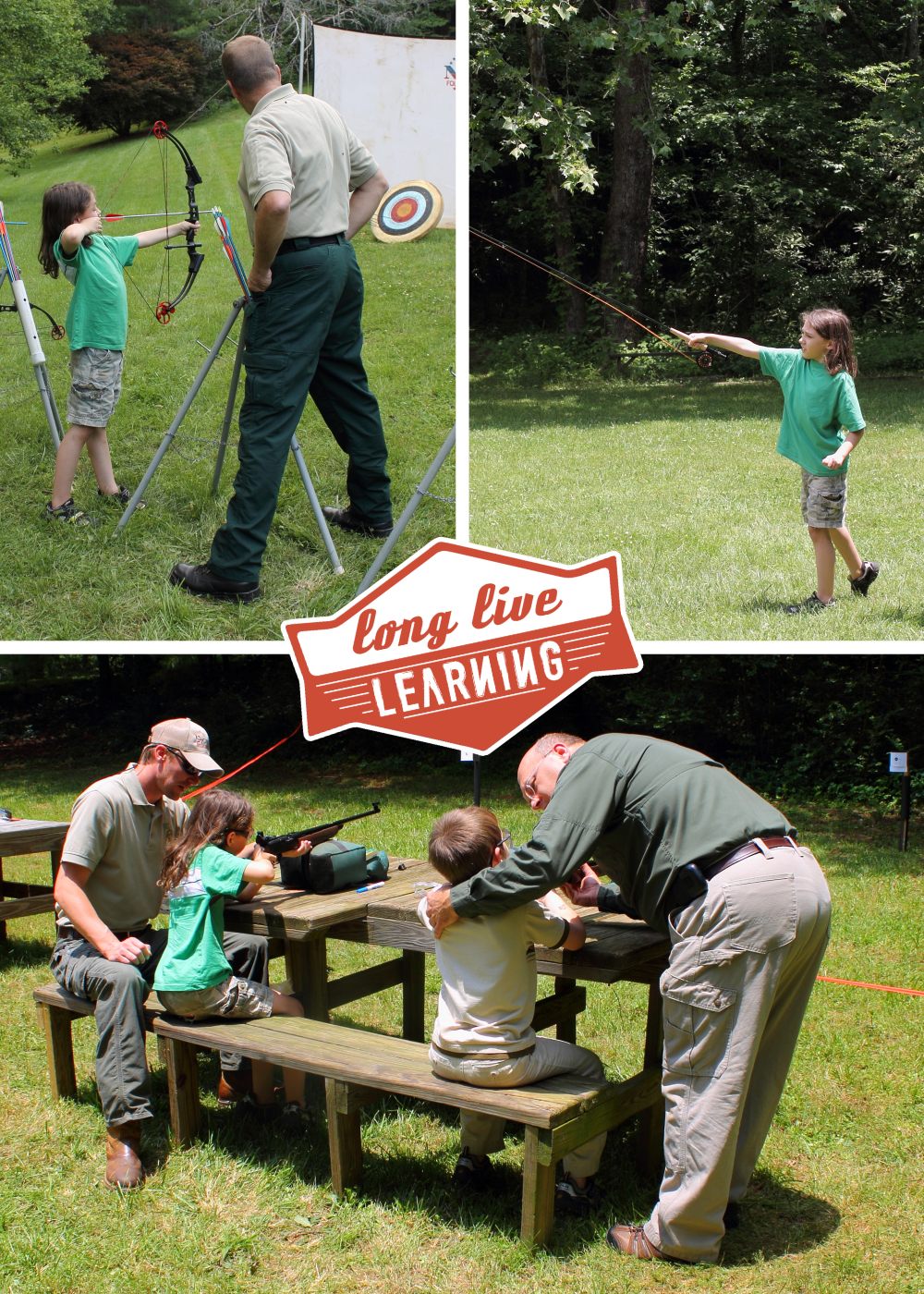 We headed out for a day of fun and adventure at Smithgall-Woods State Park (Official Webste Here). It’s a bit of a haul, for us, being in Northwest Metro Atlanta. But, the event promised hands-on outdoors sports, environmental exhibits, live animals and more. For just $6 parking (plus the gas it would take lol) I couldn’t pass it up. I have to say, it was every bit worth it and more! The boys had a fantastic time. The event was well planned and included an on-going scavenger hunt, that included every exhibit and everyone who completed it received a free participation patch! We also walked away with a free fly-fishing practice game that could be played anywhere and a free family pass for tubing in Helen, Georgia. In fact, I believe almost everyone there won something in the raffle (that was free!) from roller skating passes, kids fishing gear, family tubing passes and much much more… And, that was just the END of the event!

The event exhibits began with a hunting simulator, and info about safe hunting,  inside the Welcome Center/Gift Shop. The simulator was malfunctioning, when we were there. However, we got some good safe hunting tips and took a browse around the shop.

Right outside, we examined a live beehive & learned a bit about traits of birds. The bees were contained in glass case and the beekeeper offered samples of the honey that his bees produce. We found the queen and learned a bit about how the hive operates as we licked at samples of different kinds of honey.  The Birds table included real examples of nests, and a game to discover which types of bird beaks are suited to eating different types of food. 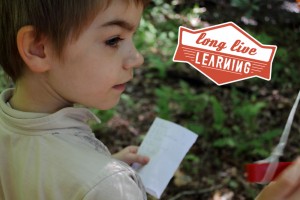 Our next adventure exhibits were Orienteering & Wilderness Survival & Rescue. Orienteering was sort of similar to Geocaching. We checked out a topographical map, and were given a set of instructions to find our way along the Orienteering Course. The instructions led us to a set of clues, and special “hole punches,” along the way to mark that we had completed the course! It was a lot of fun. When we finished, we visited an expert who displayed several survival and rescue items. He went over what to do if you get lost in the woods, how to survive a night or two lost in the woods, and various other scenarios. The boys tried on some of rescue gear and had a good time checking out all equipment he brought along.

The event coordinators clearly thought of everything, including hungry kids. We were provided with a free lunch.. Hotdogs, or chicken, potato chips and drinks. It was nice to have this provided, so we didn’t have to worry about packing lunch for our long drive and our boys didn’t go hungry!

After lunch, we learned about the trees found in North Georgia. We identified real examples of leaves to their pictures in a Tree Identification Guide and they were nice enough to provide all the visitors with a sapling fir tree to plant in their own yard.

We were lucky to avoid petting the animals before eating lunch. But, after lunch, we paid a visit to the puppies from the Pet Adoption Agency. They were rolly poly tumbling puppies in a little pen. They were able to come out of the pen for short romps with the kids and were, of course, very friendly little pups.

But, the animals that really caught the attention of my boys were the snakes, lizards and turtles.

They had a plethora of reptiles. Everyone could handle snakes, lizards and take their photos sitting on a big turtle. The animals were always supervised by handlers.

We also were able to see a couple Birds of Prey and their handlers and examine some water & insects taken from the stream by an aquatic entymologist.

Even the Army was there, demonstrating team work through helping the kids build a mini log cabin! 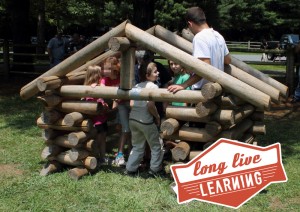 Three of the activities my boys were most excited about were fly fishing practice, and target shooting with boys and bb guns. They were provided with safety gear and closely aided by experts. 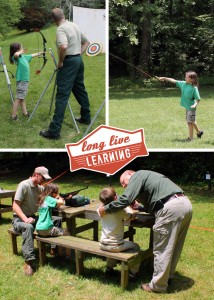 Smithgall-Woods Kids Adventure Day was a super day trip and I will definitely keep it high on my list of events to remember in the future. I’m not sure if it’s a seasonal or annual event, but I will surely return, if it is!