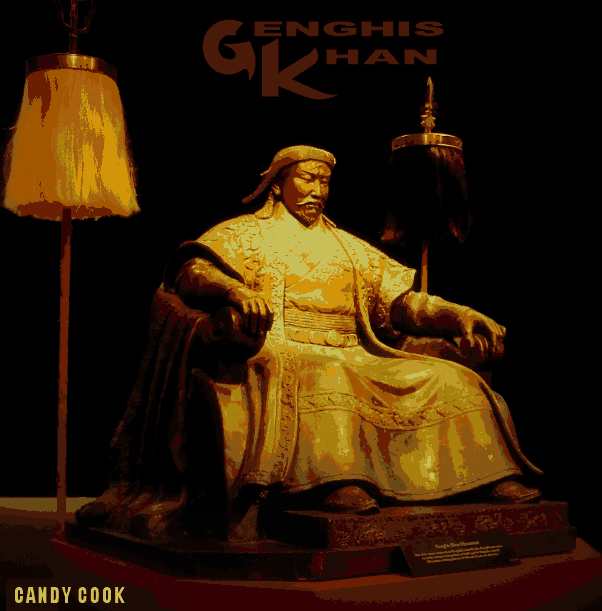 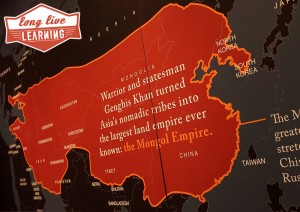 Genghis Khan was a bloodthirsty, barbaric conqueror. Or, so we have been led to believe. There’s another side to the story that has been locked in an ancient text, “The Secret History of the Mongols,” that has been extremely mysterious and difficult to translate. But, the fall of the Soviet Union freed Mongolia from an oppressed state and allowed their history to be brought to light. The exhibit, at Fernbank Museum, helps to round out the image of Genghis Khan, his army and the Mongol Empire to one that was not only revolutionizing warfare.. but, also, everything else. You can read my detailed review of the exhibit at Expedition Mom!

I highly recommend learning some history about Genghis Khan before visiting the exhibit. I started by reading the book, “Genghis Khan & The Making of the Modern World,” by Jack Weatherford.

“The Mongol army led by Genghis Khan subjugated more lands and people in twenty-five years than the Romans did in four hundred. In nearly every country the Mongols conquered, they brought an unprecedented rise in cultural communication, expanded trade, and a blossoming of civilization. Vastly more progressive than his European or Asian counterparts, Genghis Khan abolished torture, granted universal religious freedom, and smashed feudal systems of aristocratic privilege. From the story of his rise through the tribal culture to the explosion of civilization that the Mongol Empire unleashed, this brilliant work of revisionist history is nothing less than the epic story of how the modern world was made.”
-Excerpt from Genghis Khan & The Making of the Modern World 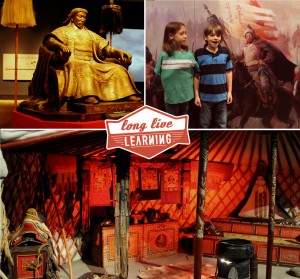 Now, that’s what I read. What I did with the boys was a little different. I wanted to expose them to the Mongolian Culture and although, they had an idea of who Genghis Khan was, I wanted to give them a better one. So, we started by exploring the nomadic culture of the Mongolian People.

1. Checked out the following books on Mongolia & their culture. “Mongolia: Vanishing Cultures,” by Jam Reynolds. “Cultures of the World, Mongolia,” by Guek Cheng Pang. “Genghis Khan & The Mongol Empire,” by Don Nardo. 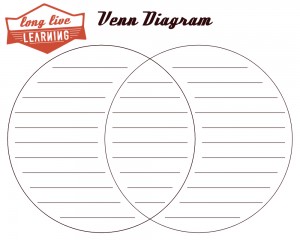 2. We created a timeline of Genghis Khan’s life. He wasn’t always Genghis Khan, you know. In his childhood, he was poor little “Temujin,” afraid of dogs and bullied by his brother. I created this timeline to express the spirit of the wind, which is a force always present on the Steppes and sacred in the Mongolian Culture. It has a timeline specifically for events in Genghis Khan’s lifetime and another for events happening around the world for a comparison in world history. 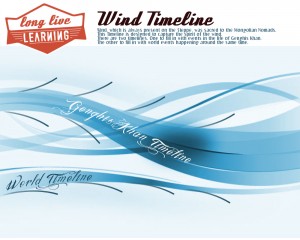 3. Maps! My youngest son is a geek for maps and geography. I found this map of the Mongolian Empire that really helped us have a better idea of the location for events in the books we were reading about Genghis Khan and the Mongolian Empire. I do not remember the source of this map, my browser crashed. But, I had to modify it & create a PDF in order for it to print on three sheets of paper. We glued it to cardboard and compared it to our globe as we read about the history of the Mongols. You could also use it in conjunction with a blank map to label places and events.

4. Food! Food is an important part of any culture. So, we have decided to prepare a traditional Mongolian Dish for supper, one night. In the book, “Cultures of the World: Mongolia,” we found several recipes to choose from. I created a printable recipe card for you to use in preparation of your own Mongolian supper! 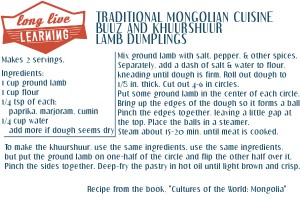 5. Archery is an important part of Mongolian life. It is a method of hunting and a competitive sport. We already have kids’ bows & arrows for the boys. Their father was into Archery and introduced them to it a few years ago. We have found the Kennesaw Archery Club, where beginners age 9 and up are welcome to come and give archery a try! Kennesaw is in Northwest Metro Atlanta, Georgia. If this is not local to you, try doing a search for Beginners’ Archery & Archery Clubs for your area.

6. Horseback Riding. We have been horseback riding plenty of times with a family friend’s horses. But, horseback riding is so important in Mongolian Culture, we’ll probably be going again, soon. Why not do a quick search and find a local stable that offers a trail ride or a lesson? 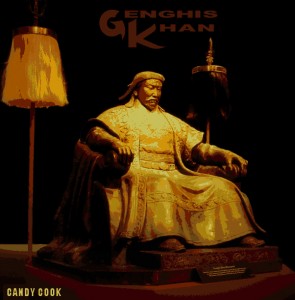 7. Spirit Banners! In the book, “Genghis Khan & The Making of the Modern World,” a spirit banner is described as holding the owners’ destiny and in the event of their death, it holds their spirit. It’s made with the horse hair of the owners’ finest horses. Genghis Khan was purported to own two spirit banners; a white one for peace time and a black one for wartime. The white one was lost long before he died.. and the black one vanished, from a monastery, as Russia began to conquer areas previously held by the Mongolian Empire. When you visit the exhibit, you will see the spirit banner reproductions (the ‘staffs’ on either side in the photo ). Why not buy some craft materials and make your own spirit banners?
This is what the boys had to say about the Genghis Khan Exhibit at Fernbank Museum of Natural History.

Now, head on over to Expedition Mom to get our Adventure Guide and everything you need to KNOW Before You Go!