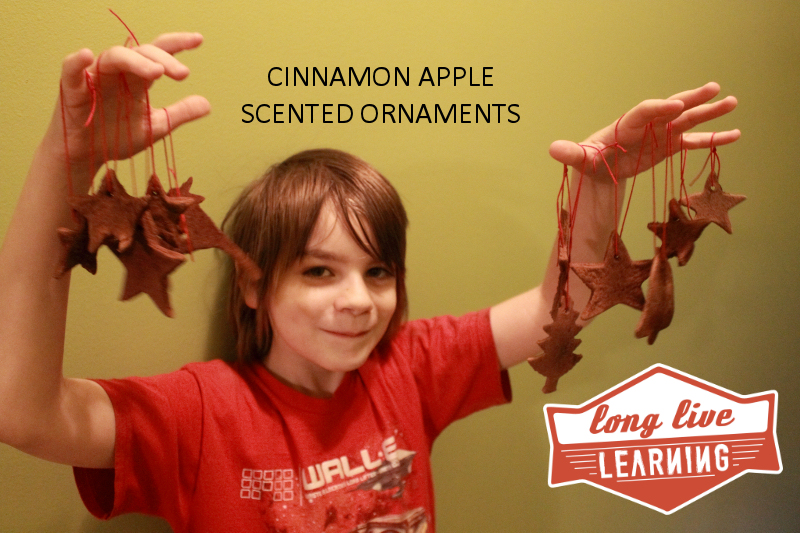 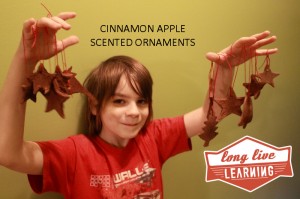 I found a recipe for these “Cinnamon Apple” Ornaments on Pinterest. However, according to that recipe (you’re welcome to try it) you mix 1 cup of applesauce with 1.5 cups of cinnamon and it produces a dough that you can roll out & cut with cookie cutters. This was not my experience. I mixed the cinnamon with the applesauce and it made pure mud. I proceeded to add flour and cinnamon, etc., trying to come up with a consistency that I could roll out and cut. It finally worked! But, I have another tip that I learned from another recipe.

I didn’t get a chance to retry the recipe.. but, this should help.

First, put your 1/2 cup of apple sauce in a strainer/sieve and let it sit, over the sink or a pot, for 15 minutes. This allows some of the excess liquid to drain. Discard the liquid.

In a large bowl, mix the apple sauce with a cup of cinnamon. You will probably need to mix this with your hands. I added more cinnamon & even some flour, when I made mine.. in an attempt to find a consistency that I could roll out. Hopefully, allowing some of the excess liquid to drain off the applesauce will be beneficial. 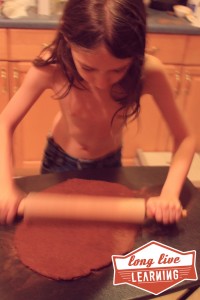 Mix and add flour/cinnamon until you have a consistency that you can roll out. Use cinnamon to sprinkle your surface, instead of flour. Roll out the dough. Cut it with cookie cutters and put the ornaments on a cookie sheet. We used a screw to make holes in the ornaments, at this point. But, you could use a straw (we found the straw holes were a bit too big for these.) or a skewer to make the holes.

Bake in the oven at 200 degrees for an hour. After that, keep an eye on it.. it may need another 30-60 minutes before they are good and hardened.

I used red crochet thread to hang the ornaments, because it was laying around. You could use twine, or strong.. whatever you have on hand. I think twine would be cute.