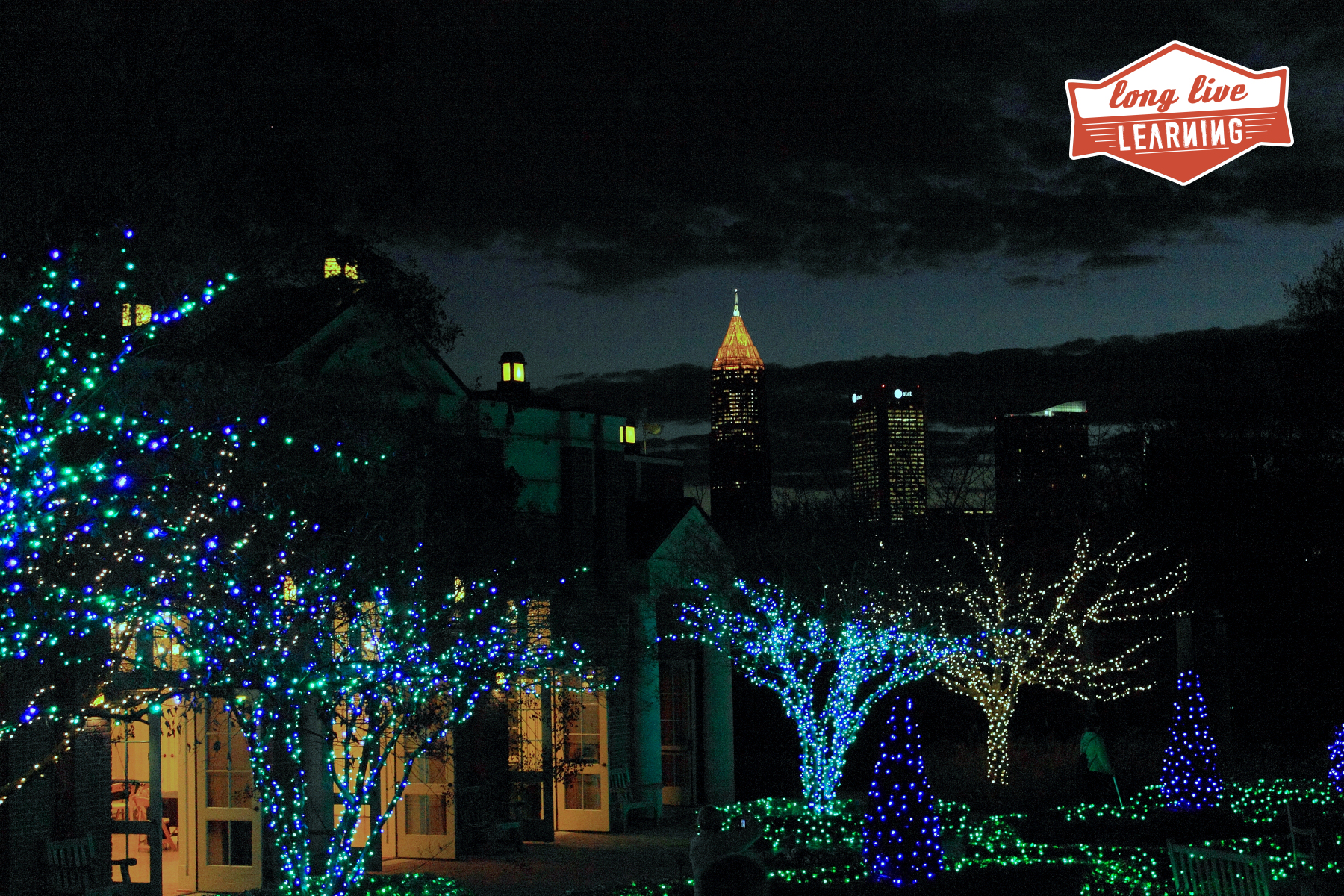 We were at Atlanta Botanical Gardens for Garden Lights, Holiday Nights. It was a fun and magical evening. The boys had a fantastic time. The big hits were the “Glittering Galaxy,” lights.. which we concluded looked like “Mario Fireball,” lights; the model trains, the white hot chocolate ($2 a cup), the musical lights & the garden insects!

The first things we checked out were the “Glittering Galaxy,” and the “Funky Forest.” The glittering galaxy lights had a very similar look to “Super Mario,” fireballs! This caught the boys imagination and they were talking video games and black holes.

The Funky Forest was totally awesome. Walking along the sky walk, we were surrounded by bright, colorful bars (lights wrapped around tree trunks). It was like visual music, to me, and the boys had a great time running along the sky walk among the colorful lights. There were giant snowflakes hanging from the tops of trees, everywhere you looked.

The next big thing on the list were the model trains. My younger son has always had an interest in trains and followed those big models around and around as they went through tunnels and over bridges. It was quite cool and he wasn’t the only youngster following the trains around their routes.

Walking down a glowing blue aisle of trees was breathtaking! Then, we entered the “garden,” where the lights were shaped to look like flowers and garden insects. The Praying Mantis Santa was a big hit and sat overlooking us as we took in some White Hot Chocolate at the little cafe. After our drinks, we continued on to see some giant bulb lights dancing to the sound of Vince Guaraldi’s famous “Peanuts Christmas,” soundtrack! It was totally awesome.

All in all, it was a great and relaxing evening filled with holiday cheer and fun!! Here’s a video to give you a little glimpse of the wonderful holiday lights at Atlanta Botanical Garden!