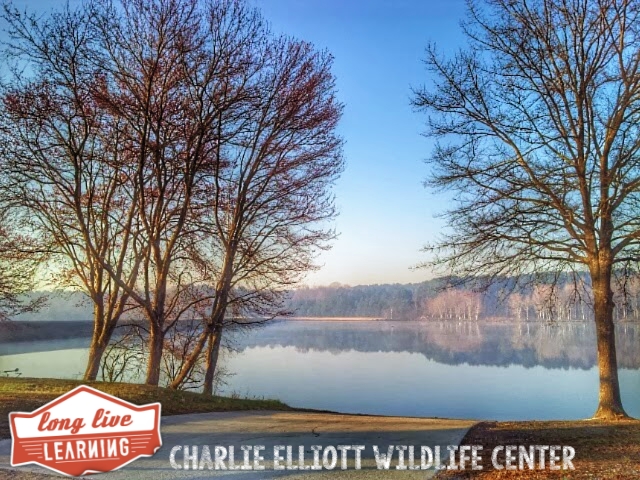 I watched the sun rise this morning like a giant glowing Georgia peach rolling up I-20. I was on my way to discovering a magnificent paradise. Just a short drive from Atlanta, it’s like an oasis on the horizon – except that this one is for real.

Homeschoolers: At the end of this post there is registration information for March 26, 2014 Homeschool Field Day at Charlie Elliott Wildlife Center. After having experienced one educational offering here, I highly recommend registering for this event. Check it out and tell them Candy Cook from Long Live Learning sent you! 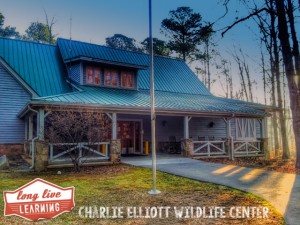 First, I really want to introduce you to Charlie Elliott Wildlife Center, it’s environmental education programs and the gorgeous 6,400 acre Georgia paradise that surrounds it. I learned a bit about Mr. Elliott from his friend, Hovey, during the presentation. I learned a lot more about this man from the Wildlife Center that bares his name. The Charlie Elliot Wildlife Center is dedicated to Outdoor and Environmental Education, and rightly so.. Charlie Elliott served as the first director of Georgia State Parks and began the Junior Ranger program for children. He held several other positions in Georgia’s State Parks & Natural Resources departments, was a dedicated conservationist, writer and field editor for Outdoor Life Magazine. His words ring as true today as they did when he wrote them..

“Whatever your reason for being there, the outdoors is a world apart, a creation unique with its own colors, its special music, and its matchless variety of fragrance. No human paint brush could ever duplicate its beauty, no musical instrument its blended symphonies, and there is no way to match its fragrance with chemicals.”

I arrived early for the workshop. Coming from almost 2 hours away, on the other side of Atlanta, I didn’t want to be late if I was held up in traffic. I was rewarded for my early arrival with the serenity of spending that Golden Hour, right after sunrise, reveling in the sounds of song birds at dawn. The lake was still and the lightly foggy air gave the whole forest a refreshing gentle glow.

This was somewhat short-lived, as I had a workshop to attend that was very important to me and the majority of it was held indoors. Fortunately, the workshop brought me to Charlie Elliott Wildlife Center on the most beautiful day that Georgia had experienced so far in 2014. I was able to resume my scouting of the park, in the afternoon, when Hovey finished up the workshop. 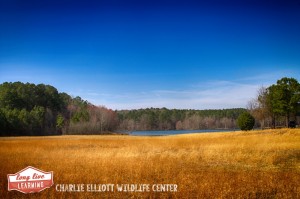 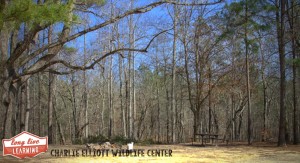 I took a scenic drive down Murder Creek Church Rd. In spite of the violent name, it was a peaceful drive that cuts across two lakes and deeper into the forest. I examined the campground to get an idea of what I’d need to camp this wonderland. It’s a primitive camp with no electricity, no water and no bathhouse. My kinda camp. Although it’s basically car camping, and fire rings are available, there were no tent pads. Not a single camper was set up there and I instantly wished I had packed my supplies to stay for the night. 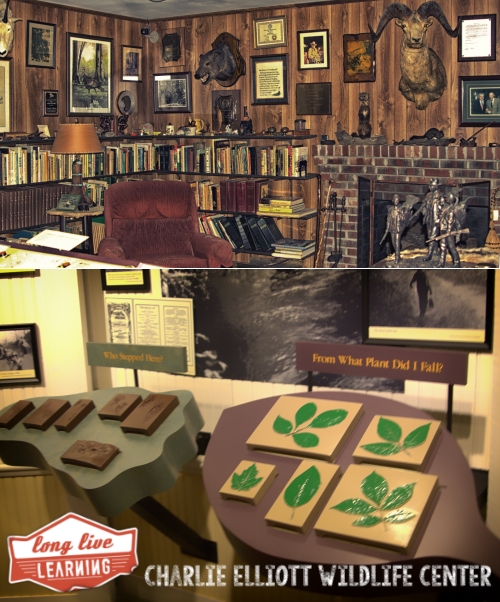 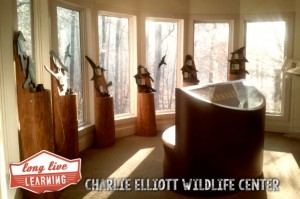 I took a walk through the actual Wildlife Center and it has to be one of the best little nature center setups I’ve seen in a while. It was extremely informative… not only detailing the history of Charlie Elliott, but offering many interactive exhibits to learn a variety of topics. One of the coolest parts of the center was the bird watching station… several kiosks complete with binoculars set in front of a huge picture window. Outside the window, a wide variety of birds could be seen at feeders dining on meals of birdseed and suet.

After scouting around a bit, I took a short walk down one of the hike loops near the Wildlife Center and drank in that natural silence where human machines aren’t buzzing and whirring and clanking over the song birds. I listened to each crinkle of the leaves and the swaying grasses brushing against each other in the breeze. This is my Georgia. A paradise. 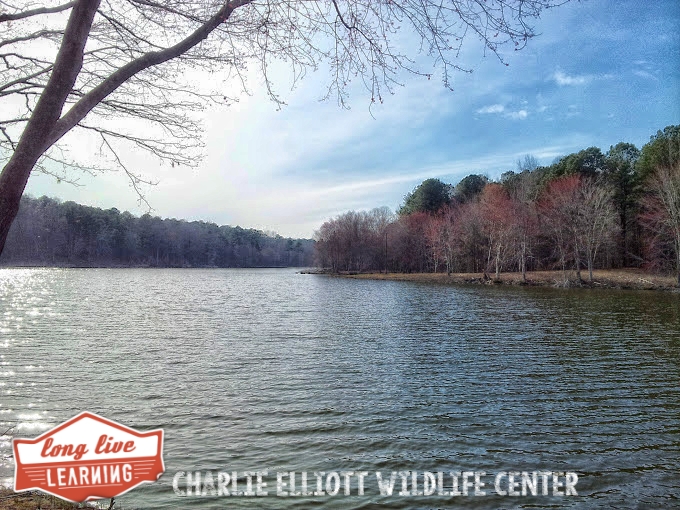 I’ll soon be returning to this precious gem, with my children and partner, for the Growing Wild Homeschool Field Day on March 26! For more information on required registering to attend this educational offering, click here. I’ve been in contact with one of the Naturalists at Charlie Elliott Wildlife Center who informed me that camping would be available for attendees who wished to stay the night. So, come on out homeschoolers and let’s Grow Wild! 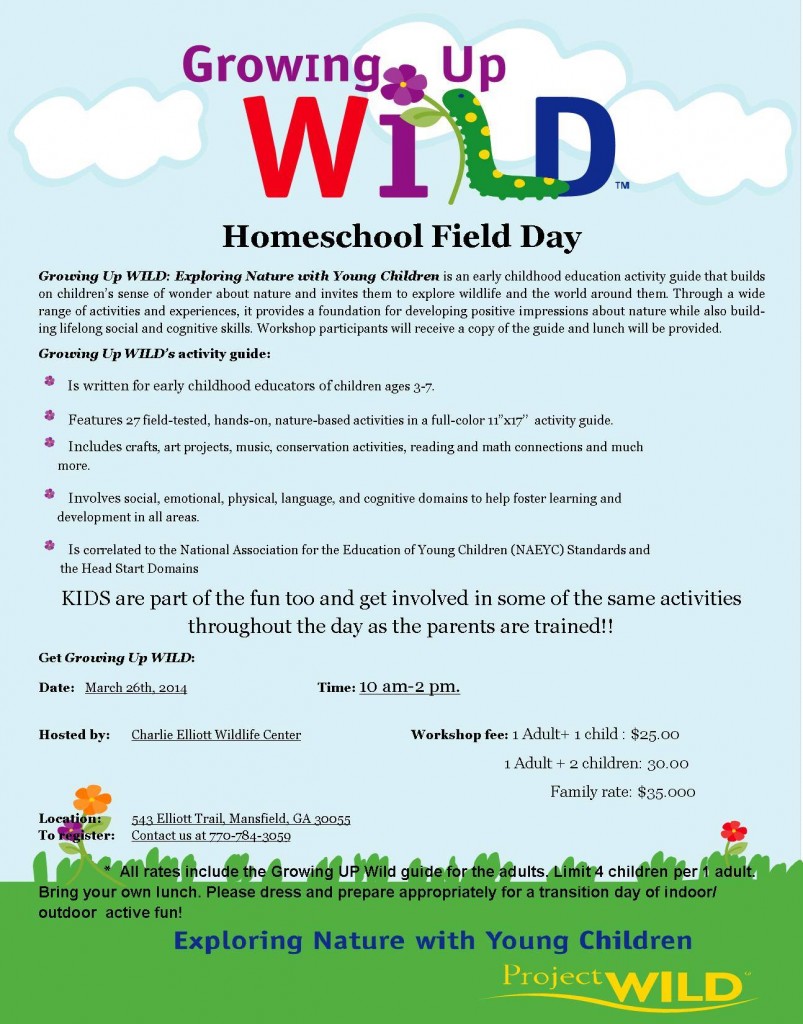 If you’re interested in reading more about my experience learning with outdoorsman, Hovey Smith at one of Charlie Elliott’s many educational programs, stay tuned!